The Semada protocol uses a weighted directed acyclic graph for a precedent system and DAO governance.

A graph is a collection of points, called vertices, with optional connections between vertices, called edges. The vertices of our graph are the posts to the forum. The edges are citations directed from one post (the referrer) to another (the reference). The edges give the graph direction, since references always point backward in time. Since there can be no time loops of references, the graph has no cycles, so it is acyclic. All in all, the forum is a directed acyclic graph (DAG).

In the Semada Protocol, evolutionary DAO governance is enable by the Weighted DAG precedent system. As Figure 10 above demonstrates, more reputation weight and salaries are allocated to posts on the Semada Forum that get continuously referenced by other posts. As a precedent dissipates over time, new precedence in the Semada Forum emerge naturally to replace older precedent. This is the essence of the evolutionary nature of the platform. As a matter of fact, entire expertise tags and DAOs on the Semada platforms can emerge and be replaced over time with new and improved systems naturally within the existing architecture of the platform.

The basic process of creating and validating posts which document contributions to an organization is explained above. Our next task is to analyze the many options that arise for weighting references, and what organizational values and goals are incentivized by the consequent reward structure.

To specify this weighting structure a bit more rigorously, we introduce some technical jargon that may sound complicated in the beginning, but there is no deep mathematics involved. Technically the forum is a weighted, directed, acyclic graph (WDAG), and the valuation of the posts is a network flow. We review these definitions next.

A graph is a collection of points, called vertices, with optional connections between vertices, called edges. The vertices of our graph are the posts to the forum. The edges are citations directed from one post (the referrer) to another (the reference). The edges give the graph direction, since references always point backward in time. Since there can be no time loops of references, the graph has no cycles, so it is acyclic. All in all, the forum is a directed acyclic graph (DAG).

Our job is to weight the DAG and stipulate the weight’s meaning. To do this, we assign a number to each post (vertex), indicating its importance in contributing to the mission of the respective DAO. This number determines the value of each sem token created for that post. The author of any post assigns numbers to each of their references (edges) to indicate how important the reference post was in helping to make their contribution. How these weights are assigned and how the weights of edges affect the weights of vertices is a crucial factor in determining the reward structure and ultimately the values that are encouraged in the evolution of the company.

There are many families of choices for weighting the value of posts through references. To illustrate the idea, we detail an extremely basic example next, before analyzing more general options in §3.

2.2.2 A toy model of reference weights

has a different value

, depending on a number of factors. In this first toy model for valuating posts, we specify a number of choices that will later be opened to variation depending on the needs of each particular DAO. First, a post mints a number of sem tokens proportional to the fee that is associated with it. For this example we mint 1 token per dollar, so

. Secondly, a post is weighted by the amount of approval it initially receives, i.e., the margin of success in the voting pool. Finally the post changes value due to any references it later receives.

In this example, posters may reward or punish more than one previous post with a reference and a weight number

means their post is in agreement with the reference and

means their post is opposed. Thus references become the weighted edges of the forum graph. Then to update the value of an older post, we simply sum up all of its referrers’ values multiplied by the weights.

To be very specific, so that a programmer could implement this scheme, we stipulate the following notation.

is the newest post. Denote the following symbols based on

“the weight from referrer

“number of upvotes on

“number of downvotes on

“number of active voters during the pool for

“number of tokens minted for

represents the number of active voters, determined by whether they have voted within the last month. Then

is the number of sem tokens associated with the post

. Each member who staked tokens on the winning side of the initial validation pool shares the

With this choice of valuating

according to the recursive formula given for

in 2) above, we are specifying that

All of the qualities described in these comments may be changed or even reversed with a different choice of parameters and valuation functions, as will be discussed in Chapter III.

The reason no centralized platform, such as Amazon or EBay, has been able to create meaningful and secure online reputation arises from game theory inevitabilities: if there is a single static protocol for deciding how a centralized “opponent” apportions power, the game theory Folk Theorems prove there is inevitably a strategy for gaming the system and corrupting the value of reputation. With the new opportunities that blockchain technology creates, decentralizing reputation and distributing it fairly, the members can be properly incentivized and empowered to police all actions.

In order to create a platform that gives its users such power through tokens which represent reputation we require the following:

Giving DAO members the ability to fairly apportion power in a variety of expertises lessens the danger of the principal-agent problem[1] and combats several tragedy-of-the-commons problems, such as non-representativeness and free-riding. 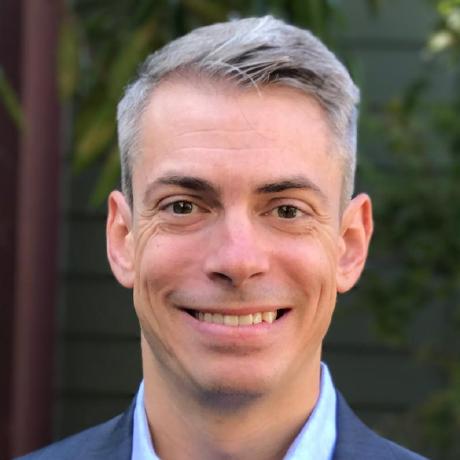